Being a computer geek was never supposed to be dangerous...

Neither was falling in love.


HACKED: The Novel - The Secret of Secrets, Book 1 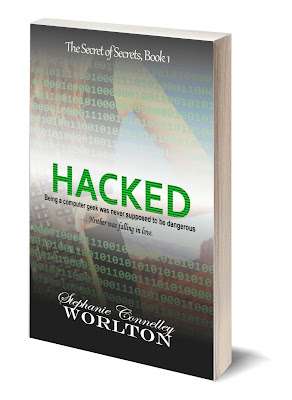 **Based on theBest Selling Novella by the same name**

NSA data analyst Samantha Perry never imagined life as an introverted computer geek could get dangerous, but when she digs a little too deep into a greedy blackhat's business, trouble comes right to her doorstep. Changing her identity and relocating nearly 2000 miles across the country are only the beginning of her problems. As she risks everything to try to close the case that turned her life upside down, she may end up putting a nail in her own casket. And if she doesn't, Seth, her hot new neighbor, just might.

HACKED was originally released as part of the Sweet & Sassy Anthology's - Hidden Identities Collection (2015).  It  was then released on its own where it quickly earned best-selling status as a novella. At the prodding of her fans, Stephanie enhanced the novellas and re-released them as full length novels in 2018.


My eyes were heavy, but the uncertainty of what stood before me wouldn’t let me sleep. I’d lost control of my life. The government was calling all the shots now, not just in my professional life, but in the totality of who I was. I took comfort in Kravitsch’s parting words. Not the part where he’d said to trust no one, because, frankly, there was no comfort to be found there. But the words before that. The ones where he said, “It’s only temporary.” I repeated the phrase over and over in my mind. “It’s only temporary . . .”

HUNTED: Beyond the Secrets - The Secret of Secrets, Book 2 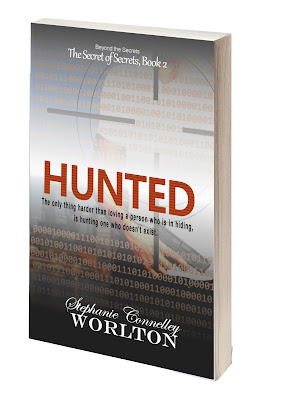 After months under an assumed identity, NSA data analyst Samantha Perry is finally getting her real life back. Cleared of all connections to the federal government’s PumpPurge case, she is free to pick up the pieces of her previous life and move on as if nothing happened. But shedding her identity as Ginger Alston and leaving the deserts of Utah aren’t all Samantha had hoped they would be. Despite the comfort of her newly regained routine, thoughts of Seth and the love they might have, taunt her. But who is he and what is he hiding?

Using her connections with the NSA, Samantha knows she can unearth even the deepest of secrets. But, how dark is too dark? How deep is too deep? And what – or who – is she willing to risk find her man?

HOOKED: The Final Hack - The Secret of Secrets, Book 3 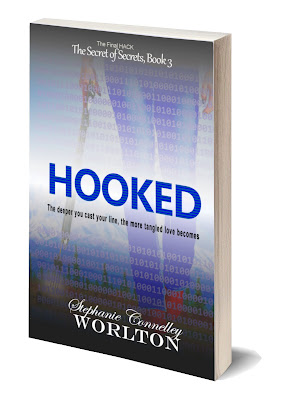 The deeper you cast your line, the more tangled things become.


Spontaneity is so far out of Samantha Perry's comfort zone, even the thought of it gives her anxiety. But love makes a girl - even a typically contemplative and logical one - do things she wouldn't normally do. So, when Alaska calls, she doesn't hesitate to answer.
Four-thousand miles may not be enough to keep her from tracking down the man who stole her heart, but will the man at the end of her line be the catch she's been hoping for?