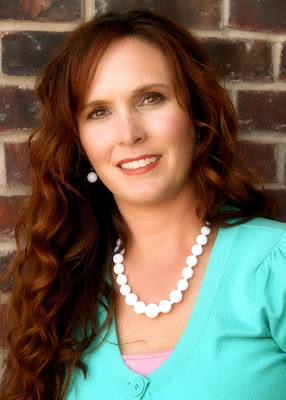 Stephanie Worlton is an author, designer, gabber, and sugar addict! She was raised in the suburbs of Salt Lake City where she developed a passion for the creation of space, color, and design. Her love of design drove her to pursue a degree in architecture. Her love of family pulled her home to be a mom.  She enjoys hanging out with her family, reading, writing, making massive project lists, doing remodeling and building projects, playing in the dirt, and snuggling with her dogs. She collects power tools, camera equipment, shoes (though barefoot is always best!), and books.

Within each individual lies great potential,
immeasurable value,
divine purpose,
and the opportunity to do good.

Stephanie loves to share stories of individuals who conquer seemingly insurmountable challenges.  She has a great love for all of God's creations, and especially for the human soul!   Within each of her works reader's will find messages of hope, purpose, and empowerment. Her goal is to spread joy and uplift hearts with the reminder of our individual purpose and potential.

A deeper glimpse into Stephanie's world:

Stephanie is a planner. She likes lists and charts and "game-plans." By the time she was ten she had her life pretty much mapped out. On her docket was marrying her prince charming, having a gaggle of children, building a house in the mountains (that she was going to design herself, of course), and holding the titles of Architect and CEO alongside her name....

She met her prince charming her sophomore year of high school (didn't marry him until they were in college, obviously, she's not completely crazy!), studied Architecture at the University of Utah, was blessed to have four sarcastic, talented, and smart children, and resides in the cove of a mountain in a house she designed. But, what about that architecture practice, you ask?  Well, she opted to divert from the "plan" and instead chose to stay at home and dedicate herself full-time to her children... Full-time motherhood was the best diversion she ever made. Her time with her family has brought more joy than her carefully crafted "plan" to conquer the [architecture] world ever could have.

Between camping trips and project lists, there is never a dull moment at the Worlton house. Stephanie's kids call her "Krazy Mama" (which is where the name of her blog - Kreating Krazy - came from) because she simply can't "do nothing." When the family's not camping, four-wheeling, or enjoying the outdoors, they like to play games, watch movies, and just LAUGH together!

And in those quiet moments when Stephanie's not hanging with her "fam," you will find her playing in the dirt (aka: gardening) or creating one project or another. She owns her own collection of powertools and is always looking for reasons to use them.  The design/build gene runs through her entire being.

Stephanie has always loved to read, however she never even began to imagine herself as an author. When her baby went to kindergarten, however, she had a few quiet moments to herself each day and found herself struggling with the "what's the next chapter of my life" question. After much thought and prayer, she sat down at the computer and started typing. And, it didn't take long to be hooked. She didn't just like to write, she LOVED IT!

But, it didn't come easy. There was a huge learning curve. It took her 3 years and 17 drafts of writing, editing, and rewriting before she had a product she was happy with. Then it took her another year to have the courage to send the completed manuscript off to some publishers. Within four months she had a few solid offers. Her debut novel, Hope's Journey, was published by Cedar Fort in the summer of 2011.


A little back-ground on Stephanie's books:

Hope's Journey (an inspirational novel) Stephanie's debut novel is loosely based on her personal experience. It was published in July of 2011 and with it came the discovery of a passion she never imagined existed!

Everything You Need to Know About Girls Camp (LDS non-fiction) debuted in 2013. Girls camp is the best! After years of serving as a camp leader (so many she's lost count), Stephanie put all that she'd learned into a comprehensive book to help take the fear out of planning camp.

All the Finer Things (contemporary romance with a hint of suspense) came as the result of a very vivid dream.  It released in February 2014.

HACKED, The Secret of Secrets Series was the brainchild that Stephanie's husband helped develop on a road trip. HACKED first released as part of an anthology (Sweet and Sassy, Hidden Identities) in the spring of 2015. In July of that same year, it was released on its own, quickly becoming a BEST SELLER! The sequel, HUNTED, released in February 2016. HOOKED, the final book in the trilogy, released in June 2016.

For ongoing information about Stephanie's books, a taste of her non-book-related projects (the kind that usually include sawdust, paint, or dirt!), or to simply learn more about what makes this girl tick, check out her Kreating Krazy BLOG.

For updates on new releases, book sales, and even FREE book announcements, please sign up for Stephanie's newsletter. 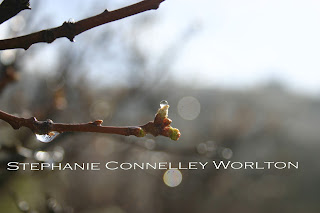